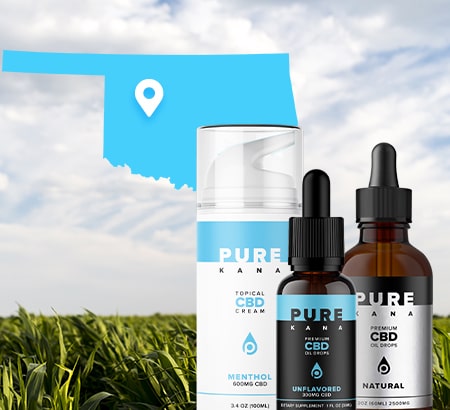 According to one Oklahoma City representative, hemp was potentially the economic stimulus that Oklahoma needed. He pointed out that the state needed to diversify its economy. HB 2913 allowed farmers to grow the crop, but the kicker was that they had to sign a contract with a university that the hemp would be for research purposes only.

Then, in April 2019, Governor Stitt signed a bill to move hemp from the pilot research program to a commercial crop under the 2018 version of the U.S. Farm Bill. The program took off, and Oklahoma farmers planted an estimated 1,300 acres of hemp in 2019 alone. The updated bill likely means that the rate of hemp cultivation will grow in coming years.

For instance, state officials are already realizing that demand for licenses to grow hemp are greatly exceeding their expectations. Does this mean that OK residents can soon expect to see a flurry of locally-made CBD products for sale in Oklahoma? That’s the hope, but for now, the best option is still to go with a tested USA brand like PureKana.