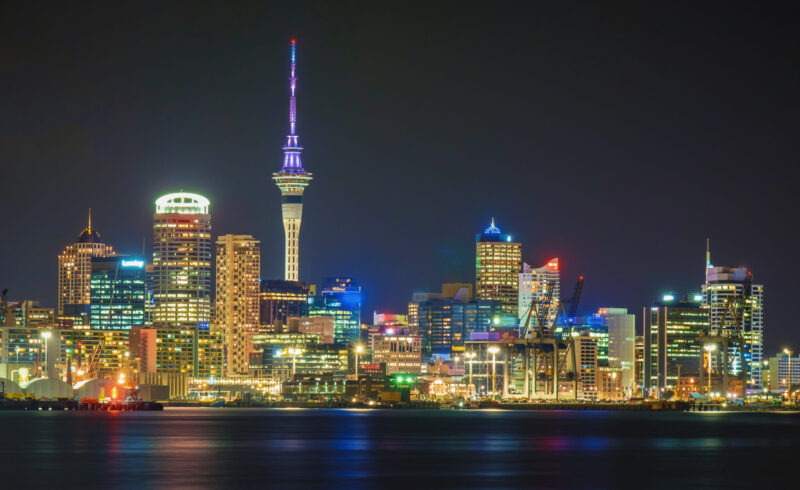 Statistics NZ defines a city as being a place with a population of 50,000 people or more. That means there are 16 cities (including Auckland), and there are also more than 600 towns, from Hastings, on-the-cusp of city status, to hundreds of blink-and-you-miss-it villages.

For comparison’s sake, we can start with our biggest city. Auckland has a median house price of $973,000. It gets about 2041 hours of sunshine each year, although it also has 1284mm of rain too. The average weekly income is $1228 before tax.

Although it’s close to some beautiful beaches, it’s expensive to live, with 1.4 million other people in the region, you’ll have to battle traffic to get anywhere. The biggest drawcard is likely employment, with many employers based in Auckland.

If you are considering a move to Auckland new Zealand visit Malcolm Pacific for information about relevant visa options.

While Windy Welly can’t compete on the weather front with only 1900 sunshine hours a year, you truly cannot beat Wellington on a good day. Even on the bad days, our capital city buzzes—with parliament, Te Papa, and so many other things of interest. Houses cost about $715,000 on average, and the weekly income is $1257 including tax.

With its cool café culture, relaxed vibe, and proximity to walking and biking tracks, it’s a fantastic city to live in.

After the 2011 earthquake, Christchurch has experienced a number of ups and downs. Despite this, it consistently has great weather, with 2017 hours of sunshine a year. The winters are great, with sub-zero frosts overnight, followed by brilliant clear sunny days afterward. The average house price is $445,000 in the city, and the average income per week is $1101.

With the Port Hills a 20-minute drive from anywhere in the city, Christchurch is a running and cycling dream. There’s the New Brighton beach (arguably with a cost Easterly wind sweeping in every day at 3 pm) nearby too. Wide roads mean it’s 20 minutes to anywhere in the city, and the beautiful CBD has the Avon River and Hagley Park.

Some people like the cooler weather. Dunedin has the same bracing feel as Edinburgh in Scotland, and it gives off that same vibe. A student town, Dunedin has a heart and culture, unlike any other NZ city. It’s retro, and quirky, and fun. It only has 1949 sunshine hours a year, but the average house price is $427,500, so you can have your own slice of non-sunny NZ paradise at a reasonable rate. The average income is $1019 a week.

Dunedin has great surfing, some fantastic walking, and cycling tracks, and is so close to nature; it’s not unusual to see penguins or seals on their beaches. The town belt runs through some of the more central suburbs, full of birdsong and some challenging staircases for interval training.

Landlocked and famed for some less-than-amazing urban legends, Hamilton is still a great place to live. A mild climate and 2029 hours of sunshine a year, it’s mostly famous for its proximity to Auckland combined with affordable housing. The average home costs $560,000, and with an average weekly income of $1095, it’s entirely liveable.

The home of Winston Peters and a great number of other retirees, Tauranga is probably most famous for its beaches and weather. 2314 hours of sun each year make it one of the sunniest places in NZ to live. It’s a beautiful place to live, but with average property prices at $673,000 and rising, it is becoming less affordable. Average weekly income is $1036, but to be honest, the best thing about Tauranga is Winnie.

2455 hours of sunshine a year. White, empty beaches to enjoy the sun on. Gorgeous scenery. Cheap (ish) housing. The art deco festival. Napier has it all.

The average house price is $510,000, with an average weekly income of $995 in the region. Of course, there’s plenty to do in the region with orchards and wineries making this a bustling horticultural hub.

Low sunshine hours at 1587 a month mean that you don’t move to Palmy North for the weather. It’s likely to get you a foot in the property market, with average homes costing only $460,000 in the city. The average income per week is $991. A family-friendly vibe, there’s no worries about a commute, and plenty of things to do in the wider region, with beaches, hiking tracks and great cycling opportunities plentiful.

One of the most beautiful locations in New Zealand, Nelson offers a relaxed pace of life, beaches, parks, and is a great place to raise the whanau. It is a smallish city, so there’s less choice in schools, jobs and restaurants, but there’s a variety of good fish and chip shops and great pub or café meals. With 2294 sunshine hours a year, the weather is sunny and mild.

The average home costs $530,000, and the average weekly income in the region is $969. It’s the gateway to the South Island, and close to so many stunning places to visit, every weekend you’ll be out somewhere different.

Not far from Nelson, you’ll find the sunshine capital of NZ. Blenheim gets 2503 hours of sunshine a year; you’ll always get your washing dry. There are plentiful beaches and parks, outdoor activities and a very chill vibe.

Beautiful, 2115 hours of sunshine a year, covered in tourists, amazing ski fields close by, expensive restaurants and cost of living, and an average property price of $1,050,000. Average weekly income in the region is $1019, not reflective of the expensive lifestyle. But it is genuinely gorgeous and if you’re a snowboarder or skier, this is heaven. Also, it has great second-hand clothing shops.

Only 2014 hours of sunshine a year but the average house costs $280,500. While the average wage per week is only $921, it’s still an amazing way to own your own home—and the locals are friendly, the place is chill as, and there’s a dinosaur. No, not Tim Shadbolt, the tuataras.

This content is brought to you by Philip Johnson.