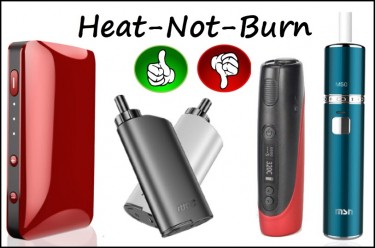 The cannabis industry has gradually seen the influx of different types of beneficial technological advancements. This has been observed in the area of cultivation, distribution, and consumption. The growing demands in the cannabis industry necessitated the push for newer and more efficient ways to do things and so far, the industry has not failed to deliver.

In this article, I’ll be drilling down on one of the newest technological inputs in cannabis consumption. I’ll fully talk about what it entails and how much of an impact it can have on the cannabis industry.

What is heat-not-burn technology?

As the name implies, this technology helps to consume cannabis by vaporizing the flowers and not by burning. The origin of this technology has to be traced back to the tobacco industry. The smoke that comes with burning tobacco in cigarettes contains numerous types of chemicals. Most of these chemicals emitted and inhaled are harmful and potentially carcinogenic substances. The need for alternative ways of taking cigarettes without running the risks of the carcinogenic chemicals prompted this technology.

The process that occurs when a cigarette is lighted greatly involves heat and temperature which causes combustion. A lighted cigarette can have its temperature level as high as 600 degrees. This temperature allows for combustion to happen and for the smoke to the produced. The heat-not-burn device, on the other hand, does not work with the same principle. The devices are gauged to not go above 350 degrees. This is because this temperature is sufficient to derive enough heat to produce vapor. The vapor is produced directly from the plant without the risk of combustion. This means that no smoke is produced and it eliminates the risk of carcinogenic chemicals.

Is it not the same as oil vapes?

It is very logical to think that heat-not-burn devices are the same as oil vapes. The major reason for this is because both work on the basic principle of vaporizing and not burning. However, oil vapes and heat-not-burn devices are not the same thing. Oil vapes make use of oil solvents which have to go through different series of processing before they can be available for use. These series of processing tend to strip the cannabis product of some of its beneficial natural compounds. Heat-not-burn technology, however, does not require such solvents as the flowers are easily used directly.

How will it affect the cannabis industry?

As earlier stated, this technology originated from the tobacco industry but it has now found its way into the cannabis industry. Nine years ago, the technology of heat-not-burn was introduced by Japanese companies. The devices were a great success and were widely accepted by the populace and the products quickly made their way to the European and Canadian markets. In 2019, heat-not-burn products reached major markets in the United States. Within a short while, Philip Morris was granted approval by the FDA to state that Marlboro Heatsticks, a heat-not-burn product, reduces exposure to dangerous chemicals.

The application of this technology into the cannabis industry has the potential of being the next big thing. With the prominence of edibles and the lack of much technological advancement for smoking after vapes, this new technology is good news for the industry. it has the potential of reducing the health risk cannabis smokers face while also improving the level of euphoria experienced.

The first thing that heat-not-burn products have going for them is that they are safer and healthier. The fact that they do not produce smoke means they limit the number of harmful chemicals produced. This reduces the effect of those harmful chemicals on irritating the lungs thus reducing the chance of developing conditions like cancer, etc.

For many cannabis users, the importance of discreteness while enjoying cannabis cannot be overemphasized. And this is the luxury Heat-not-burn devices bring to the table. Heat-not-burn devices are very easy to use and they can be conveniently enjoyed anywhere. Some of the advanced systems make use of prefilled sticks which are usually filled with cannabis flowers. The input of these sticks means that the needed amount of the product required can be gauged and used. This eliminates the need to pack the cannabis product everywhere you go. The process, therefore, becomes easier and more hygienic.

Burning cannabis while smoking a joint, limits the level of euphoria experienced. Cannabis contains different molecules such as cannabinoids, flavonoids, and terpenes. These molecules have a different boiling point and when the cannabis flower is burnt, many of them are lost completely. Heat-not-burn devices correct this because the molecules are not burnt, instead, they’re infused into the produced vapor. So molecules that would’ve been lost can now be enjoyed and the result of this is a more balanced euphoric experience.

This new technology has the potential of yielding great results in the cannabis industry. The numerous benefits show that it will be very popular among cannabis users as an alternative to common consumption devices. It carefully corrects most of the drawbacks of oil vape devices and adds new advantages to the mix. We can only wait and see what the future has in store for heat-not-burn devices in the cannabis industry; but based on initial reports it might be the next big craze in the world of cannabis. 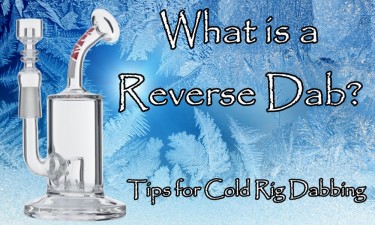 WHAT IS COLD RIG DABBING OR A REVERSE DAB, READ MORE!