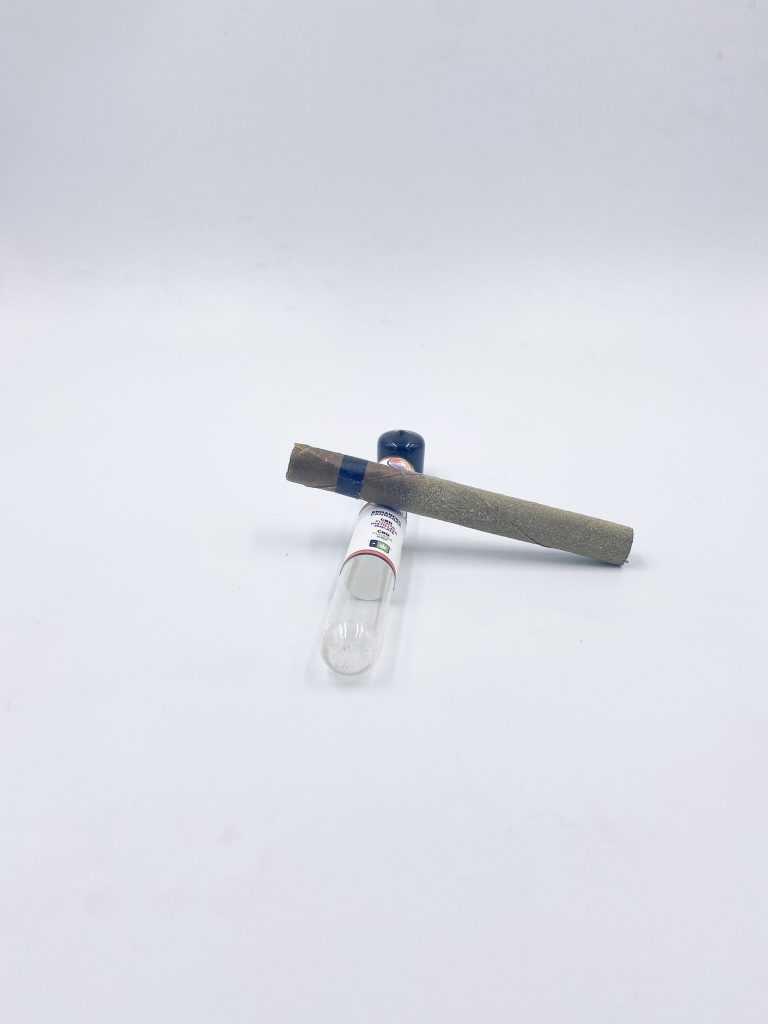 Spice up your relaxation with a little Metolius Magic.

This week I tried CBD products from the Metolius Hemp Company. They are an Oregon-based company, located near the Metolius River. The company sells 100% non-psychoactive products with a focus on healing, relaxation, and well being.

Metolius Hemp offers pre-rolls, flowers, cannagars, topicals, and accessories. They enhance each of their smokable products with either a CBD distillate, an isolate, and/or kief made with CBG — a potent non-psychoactive cannabinoid known to promote relaxation and ease pain, inflammation, and nausea. Research suggests CBG may even help slow down certain cancer cells.

A cannabis distillate, which usually comes in the form of an oil, is an “extract in which the final product has been systematically stripped of all materials and compounds [including flavonoids and terpenes] except one specific cannabinoid,” according to Weedmaps. In this case, that one molecule is CBD.

A CBD isolate, however, “is the purest form of extracted cannabinoids, a crystalline powder with a purity of 99.9%,” reports New Frontier Data. “It is created through additional solvent processes after distillation.” As such, it leaves no traces of any other compounds. On the other hand, CBG-rich kief is simply all the tiny bits of trichomes that fall off during the hemp trimming process (or at the bottom of a grinder).

Test results for all of Metolius Hemp’s products are available on their website. The products come in glass tubes with rubber toppers. QR codes are included on the back, and are supposed to lead to test results. Although when I tried it, it did not work (but that could just be my QR reader). Be careful not to drop these tubes because they are breakable and the glass is sharp.

The test results show that all the products are clean of harmful chemicals in them. The advertised cannabinoid amount for each product was mostly accurate, though in some of the cigars, there is actually slightly more CBD than the advertised 750 mgs, with some coming in at almost 900 mgs of total cannabinoids.

I also noticed that the cannagars contained 6-8 mg of THC in them — which was not advertised. One would have to smoke the entire cannagar to get the full 6-8 mg of THC and even then it’s a small enough amount that regular consumers wouldn’t really feel like they were high. But it is important to note.

The CBD-infused cannagars are available in 3 gram and 5 gram options, ranging from 450-750 mgs cannabinoids in total. These cannagars are made with organic CBD and CBG-rich flower, and then hand rolled into an organic palm leaf before they are coated with a combination of CBD distillate, CBD isolate and CBG-rich kief, which the company calls “Metolius Magic.”

The cannagar was difficult to smoke. It was hard to pull a hit through, and the taste wasn’t very pleasant. Though after only a few hits, I noticed I was significantly more relaxed.

Cigars are pretty big, and this one is no exception. I consumed less than half of the cigar on the first round, which left plenty for more smoke sessions.

Next up, I tried the company’s River Rocks CBD flower. The flower comes in a small tin with a screw on/off top which holds 1 gram of flower and 200 mgs of cannabinoids in total. Tins are washable and reusable, making them eco-friendly and convenient. I definitely plan on using them as a stash case for when I want to bring cannabis places without it smelling too obvious.

As of right now, there are two strains available: CBG White and Sour G. Both tasted pretty decent, and had similar flavors — each was earthy, and heavily coated in the CBD distillate and the CBG kief.

The nugs broke apart very easily. As such, they ground up nicely in a grinder, but it was brittle enough to break apart by hand. This flower would be great for people who don’t want/need to smoke a whole joint, but maybe want to put a bit into a bowl before bedtime. A gram can go a long way if you’re not using too much, and at $14.95 it’s not a bad price.

Overall, I preferred the taste of the CBD joints over the cigars and the flower. I would use these CBD pre-rolls after a long day of work, or when I want to just lay down and watch a movie..

The prices can be a little steep especially with the cigars, but you get what you pay for, and these high quality products are worth it.