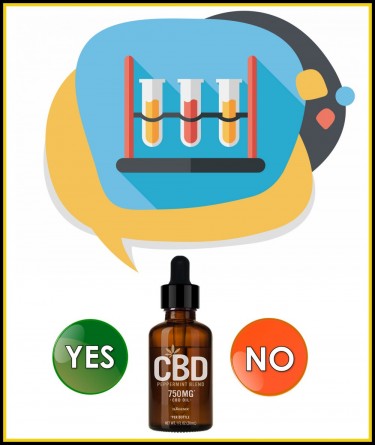 A lot of people easily assume they know all there is to know about cannabis. However, closer inspection often reveals that the majority do not know the differences that exist between some of the common terms in the cannabis industry. This has resorted in confusion around some of the elements in the industry such as hemp and marijuana. Likewise, they do not understand much about the illegal nature of cannabis and CBD and how it applies to drug testing. Read on as we highlight and shed light on all that you need to know about CBD and drug testing.

Marijuana and hemp originate from the same genus of the cannabis plant with differences in terms of species. Marijuana is a product of Cannabis Sativa and Indica whereas hemp is derived only from Cannabis Sativa. The knowledge of this difference is very important because, in the eyes of the law, hemp is legal while marijuana is illegal. Both hemp and marijuana contain several cannabinoids in their plant matrixes which promote most of their medical and recreational effects.

Marijuana and hemp contain major phytochemical compounds like cannabinoids, terpenes, and flavonoids. The major cannabinoid in cannabis plant species that accounts for their euphoric effect is THC. This effect of THC is why its concentration is the major differentiating factor between marijuana and hemp. Hemp is considered legal if it contains less than or equal to 0.3 percent of THC while marijuana contains over 5 percent of THC. THC is the major reason why cannabis is classified as a Schedule I narcotic drug and so it is the compound being searched for in most cannabis drug tests.

CBD is the second most important cannabinoid in cannabis and unlike THC, it does not have intoxicating effects. CBD is a special cannabinoid that promotes calm and relaxation without the risk of a euphoric effect. It has also been researched to be beneficial medicinally in dealing with different types of ailments. Early evidence show CBD effective in promoting relief from pain, reducing inflammation, anxiety, vomiting, insomnia, nerve protection, and other types of ailments. This has promoted the production of different CBD products such as oil, topical cream, lotions, transdermal patches, and so on.

The World Health Organization has attested to the fact that CBD has no risk of dependency. Therefore, it poses no health risk upon consumption instead it promotes wellness of the mind and body. CBD works directly and indirectly through the endocannabinoid system and cannabinoid receptors to promote total body wellness. It is used as an alternative treatment method for different ailments whose normal treatment methods have a risk of dependency. This is why CBD and cannabis have been used as an alternative to opioids thereby promoting medical marijuana.

The popularity of CBD has grown considerably as more people are getting to know about the beneficial medicinal compound. This has also been helped by the 2018 Farm Bill that brought a change to hemp legislation and legalized hemp-derived CBD. This resulted in an increase in supply and demand for CBD and CBD-based products. There are predominantly two different forms of CBD used to make products in the CBD industry presently namely full-spectrum CBD and CBD isolate.

Full-spectrum CBD refers to direct extracts from the stems and stalks of cannabis plants. The extract contains CBD, other cannabinoids, terpenes, and 0.3% of THC. The presence of these cannabinoids such as CBC, CBG, and terpenes promotes the entourage effect of the product. This entourage effect augments the ability of the compound and makes it more effective. It has a distinct earthy taste and dark color. CBD isolate on the other hand contains only CBD without the other cannabinoids in the plant matrix. It has no taste or smell and so it is easily added to food and drinks. CBD isolate is less expensive than full-spectrum CBD and has a clear and white look.

Since CBD does not have psychoactive effects, it is not the compound of interest in cannabis drug tests. A urine drug test is the common type of drug test used for substances like cannabis, cocaine, opiates, benzodiazepine, and amphetamine. It is an immunoassay test and it works by detecting the presence of THC and its metabolites. Such drug tests have concentration levels that act as thresholds to determine positive or negative. If the concentration in the sample is above that level it gives a negative result and it gives a positive result if it is above that level.

Despite the fact that cannabis tests, do not check for CBD, it is still possible for a person using only CBD products to fail a drug test. These drug tests have less accuracy than some other testing techniques such as Gas Chromatography and High-performance liquid chromatography. This means they can give false positive or false negative results which will require proper analysis for interpretation.

Another issue that can compromise a CBD user when it comes to drug tests is the use of full-spectrum CBD that has been contaminated during manufacturing. Full-spectrum CBD is meant to have less than 0.3% of THC but contamination during manufacturing can give a result with a higher THC concentration. This results in inaccurate labeling as the consumer believed there is no risk involved and such a person can take a drug test and fail. The absence of third-party testing on the part of the manufacturers further increases this risk.

CBD is very safe and useful for numerous reasons. Unlike THC, it has no psychoactive effect but offers clarity of the mind and relaxation. Though drug tests do not screen for CBD, CBD users still have a high risk of failing drug tests. This risk can be eliminated if CBD isolates are used however, it should be noted that they do not have the entourage effect present in full-spectrum CBD. To avoid issues with drug tests, CBD users should ensure they get their products from trusted and reliable sources. 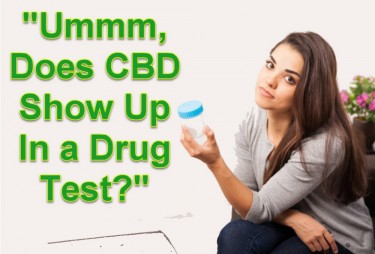 DOES CBD SHOW UP ON A DRUG TEST, IT COULD, READ THIS!

WHY SOME CBD PRODUCTS COULD MAKE YOU TEST POSITIVE ON A DRUG TEST.