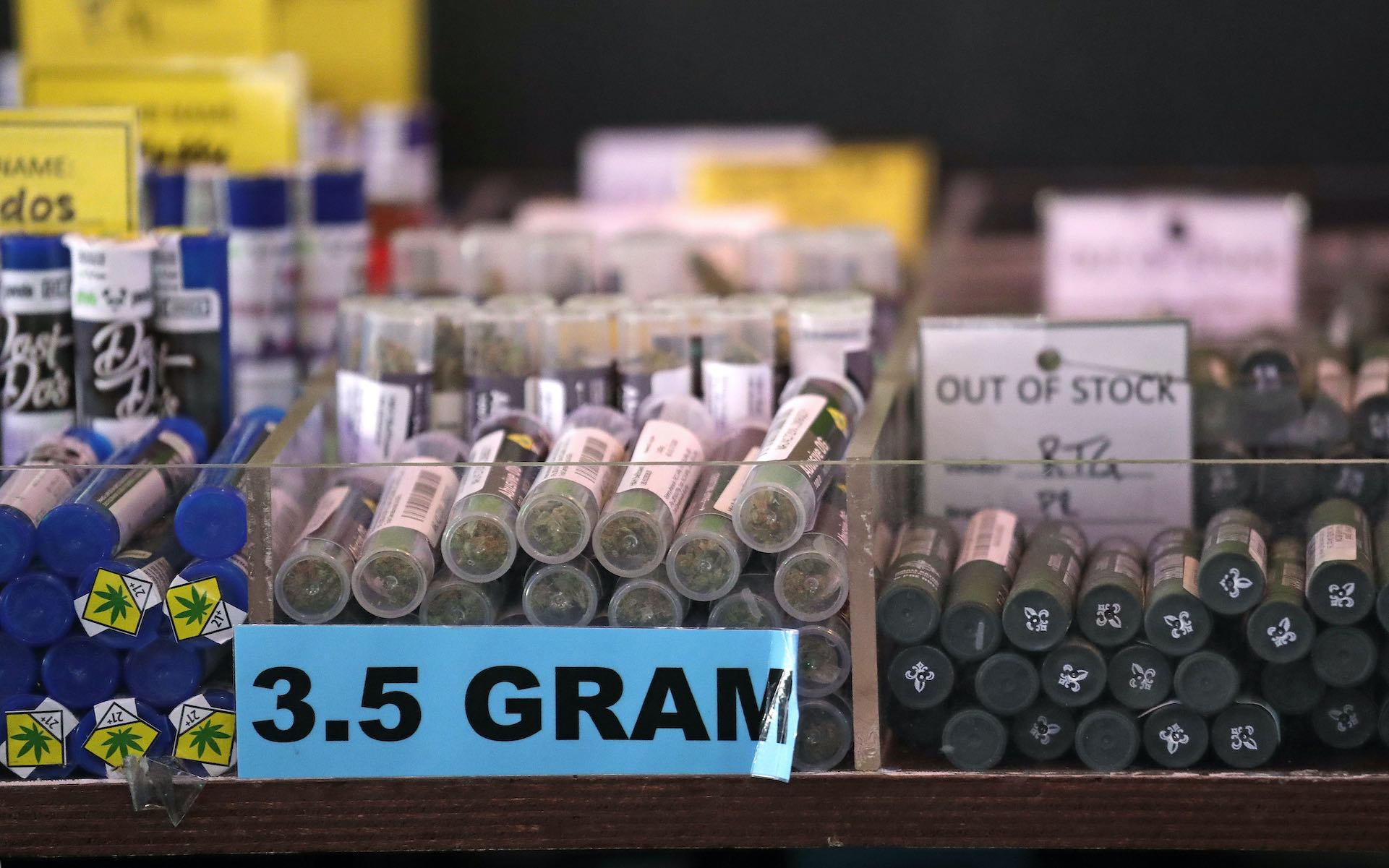 Darn! You’re not old enough to use Leafly.

BOISE, Idaho — As legal marijuana becomes a reality in every corner of the US, a cadre of prohibitionists in Idaho is putting up a fight.

State lawmakers last week moved forward with a proposed constitutional amendment that would bar the legalization of cannabis in Idaho in an attempt to keep the growing nationwide acceptance of the drug from seeping across its borders.

Idaho is one of only three states without some sort of policy allowing residents to possess products with even low amounts of THC, the psychoactive chemical in cannabis. Residents can cross the state border in nearly every direction and find themselves in a place where marijuana can be bought for recreational or medicinal purposes.

In fact, thousands of Idahoans already flock to legal cannabis stores across the state border in Oregon, Washington, and Montana. Marijuana is legal to possess and sell in those states, for all adults 21 and older.

Support for medical marijuana use has grown among many residents, with a 2019 poll showing 72% support among Idaho voters for medical legalization. That tracks with similar levels of support in traditionally conservative states like South Dakota and Mississippi, both of which passed statewide legalization initiatives with overwhelming support last November.

Local legalization activists are currently working to get an initiative on the state ballot in 2022. That’s made some lawmakers in the deep-red state nervous. , particularly after voters in the neighboring state of Oregon decriminalized the personal possession of drugs like heroin, cocaine and methamphetamine last November.

Legislators disagree with their constituents

The joint resolution to ban all psychoactive drugs not already legal in Idaho won approval along a 6-2 party-line vote in the Senate State Affairs Committee. The list of substances would change for drugs approved by the Food and Drug Administration.

But the primary target over the two days of testimony last week was marijuana.

CBD products can be purchased in Idaho, but they must contain no THC whatsoever.

Backers of the move said the Idaho Constitution needs to be changed because neighboring states have approved marijuana use through voter initiatives, and it could happen in Idaho.

The resolution’s sponsor, Republican Sen. Scott Grow, claimed that “when drugs are legalized that are currently illegal, it increases health care costs and crime.”

Contrary to Grow’s claim, however, studies have found no increase in health care costs related to marijuana legalization. In fact, numerous studies have documented the decreased use, harm, and cost of opioid use in states that legalize cannabis for medical and/or adult-use. The legalization of medical marijuana has allowed many chronic pain and PTSD patients to substitute cannabis for opioid prescriptions, lowering both costs and the risk of overdose and death.

Studies have also found that cannabis legalization stops thousands of criminal possession arrests every year, allowing police to use their time and budget to focus on crimes that harm people.

“This is about money,” added state Sen. Grow. “It’s not about caring for people who might have pain or sickness.”

Those opposed to the proposed constitutional ban said medical marijuana is needed for Idaho residents suffering from chronic or terminal illnesses.

Dan Zuckerman, medical director of St. Luke’s Cancer Institute, said dealing with more than 1,000 cancer patients over more than a decade convinced him of the efficacy of medical marijuana in helping with pain and nausea.

“I’ve seen it myself with my own eyes,” said Zuckerman. “The data is clear that patients benefit from this.”

Sen. Michelle Stennett, a Democrat from Ketchum, noted that the amendment would prohibit doctors from providing terminally ill patients access to experimental or investigational drugs that are normally illegal but can still be prescribed in certain circumstances when other treatments have failed.

“Passing this would prohibit Idaho doctors and patients from making medical choices,” by banning new medical breakthroughs, Stennett said. “This is a direct impact on the ability of Idahoans to do good medical health care.”

Some lawmakers questioned whether the constitutional amendment could interfere with the legalization of industrial hemp, a potentially lucrative crop for farmers who have seen attempts to legalize the crop fail in recent years.

Opponents of the ban also questioned whether the amendment would ban CBD oil containing small amounts of THC. Both products are illegal in Idaho, but are legal federally as well as in most states.

Grow said there is additional legislation planned to legalize industrial hemp that he expects will pass this year.

Thirty-seven states, the District of Columbia, Guam, Puerto Rico and the US Virgin Islands have approved comprehensive, publicly available medical marijuana programs. Fifteen states and three territories have legalized cannabis for all adults age 21 and older.

Keith Graves told the committee he was a member of a group of retired police officers in Idaho who left California, Washington and Oregon. He said those states went downhill with crime and other problems after legalizing marijuana.

“We’re from your future,” he told the committee. “This is the last fox hole. There’s nowhere else to go.”

In fact, research into crime and other questions has found just the opposite. In a 2019 review of 42 key peer-reviewed studies, Leafly’s team of data analysts, researchers, and editors found that the broad body of published research suggests crime near licensed dispensaries has generally stayed flat or decreased. Teen cannabis use in legalization states has fallen since legalization. And property values near cannabis outlets generally are not affected or even rise.

“You guys are so afraid of marijuana, you’re willing to blow up the state constitution,” he told lawmakers.

By submitting this form, you will be subscribed to news and promotional emails from Leafly and you agree to Leafly’s Terms of Service and Privacy Policy. You can unsubscribe from Leafly email messages anytime.