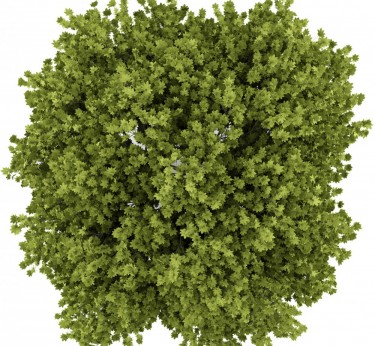 When it comes to growing weed, there’s a lot of things to consider. From genetics to environment, from pests to lack of patience. It takes a long time to get a good amount of weed from a seed and it’s a bit disappointing that after everything is said and done – you get airy buds.

The denser the nugs, the more “value per square foot” you get for your crops. For example, a friend of mine recently cropped out – yet his but that seemed like a lot of volume – turned out to be around half of what he thought he had.

His problem was due to cropping out too early – but I’m getting ahead of myself. Let’s take a closer look at how we can ensure that we have the biggest, bushiest buds available.

Most Common Reasons for Flimsy Buds

There could be several factors that come into play that could influence the density of your buds. Here’s a list of the most common issues.

Light is essential for the buds to grow. In many cases, when there wasn’t enough light distribution during the vegetative stage – no matter what you do, the buds won’t dense-out. Cannabis has the ability to survive in low light conditions – except, it compensates with the density of the nugs.

If you’re growing indoors, the first suggestion would be to get a more robust light. HPS or High-Pressure Sodium has been the standard for many years, but newer light technologies are making the options far more complex.

If you want to know more about lights – I recommend you read this.

The next factor we must look at is genetics. Sometimes, strains just produce airy buds. Sorry, it happens. Sativa plants – typically have taller lankier leaf with more airy buds compared to Indica strains that are short and bushier. Therefore, if you’re going to be buying weed for the sake of getting denser nugs, I’d recommend either a pure indica or some hybrid.

Most plants these days are hybrids anyhow.

Cannabis likes things a bit on the colder side. If it gets too hot, buds won’t become as dense as they could. Additionally, high temperatures could turn the plant into a hermie, making it seedy and detracting from the potency.

If you’re using nutrients, the ideal combo for denser buds during flowering are Phosphorous and Potassium. You’ll want to have less Nitrogen during this phase. Nitrogen is great during vegetative stage though.

Nitrogen in the flowering stage could turn the buds “airier”. Additionally, a deficiencies can also result in poorer bud development. Thus, make sure your nutrient game is on point.

You’ll want to space your buds by separating them from each other. If you do this, you give the cannabis a chance to puff out. This also allows for some airflow to enter and more light. These are the conditions you need to grow bigger phatter buds. To ensure that you’re getting optimal results, try to space at least a few inches between your colas and don’t let it share leaf with other nugs.

Now, let’s talk about some other issues that can help increase nug density.

As I mentioned earlier. My friend had a monster plant growing in his house. When he harvested – the nug density was dismal to say the least. What happened? He cropped out almost a month before he was supposed to.

To be fair, he was forced to since a nasty infestation of aphids took a hold of his plant – but it’s important for you to wait. My first balcony bud was airy too for the same reason. So have Patience Daniel-san.

Drying the plants too fast and not curing in a glass jar could also be partly to blame for your airy buds.

CO2, Density Boosting Nutrients – these are all options that you should consider if you’re looking for potent big nugs. CO2 can be added by getting some dry ice, enclosing the plants and dropping the dry ice into some water. CO2 at nighttime’s will definitely boost density and potency.

Finally, if you’re constraining the root system by overwatering – you’re putting too much strain on the plant to produce those nugs of joy. Find a right watering schedule and stick to it. Your plants will thank you by giving you denser nugs. 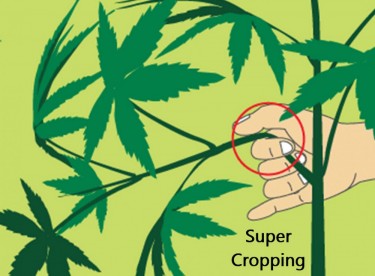 WHAT IS SUPER CROPPING AND HOW DOES IT HELP YOUR BUD?