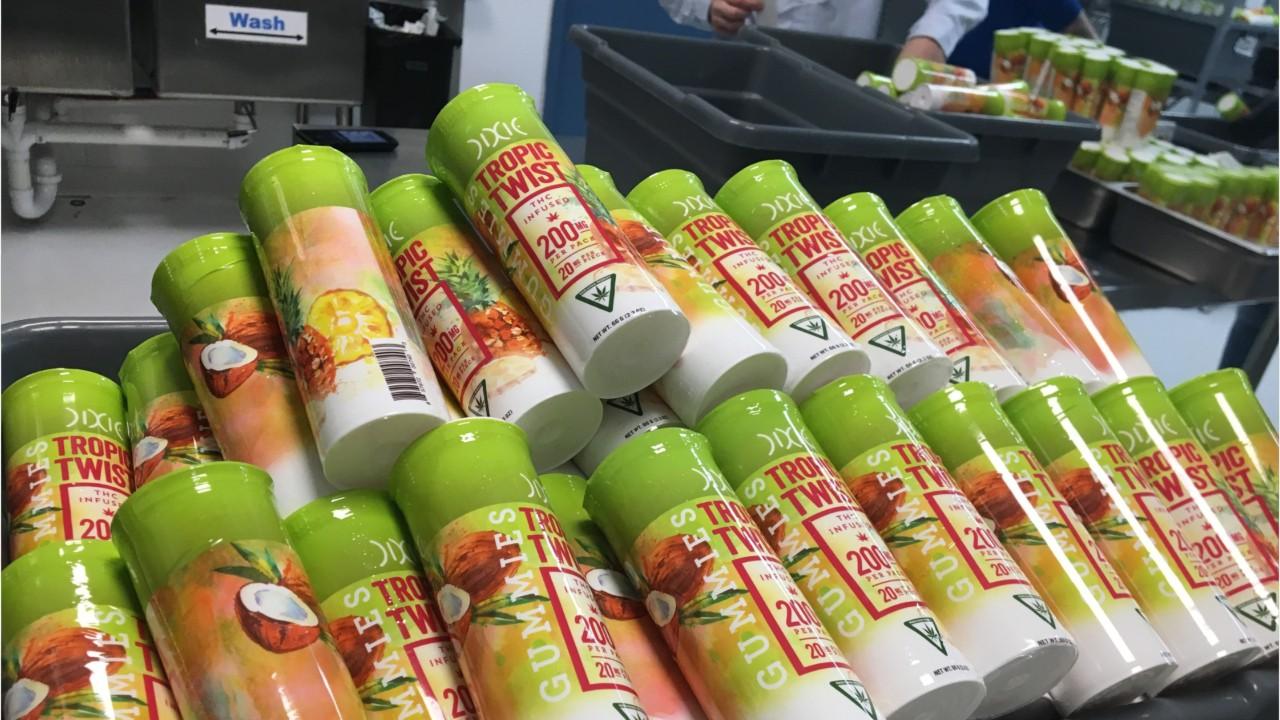 Companies are ramping up production of marijuana-infused edibles to fuel both the medical marijuana market and the upcoming recreational pot business.

Detroit is courting a marijuana problem. But it’s not what you think.

Detroiters who smoke weed or sell it on the black market have been criminalized for decades. And hideous green marquees advertising medical marijuana have become common in residential neighborhoods throughout the city.

Now Mayor Mike Duggan and the Detroit City Council are trying to redress past injustices — and placate residents unsettled by legalized marijuana‘s increasingly conspicuous footprint in the city — by making sure Detroiters participate robustly in a market estimated at $40 billion.

Their ambitions are laudable. But current plans for maximizing Detroiters’ share of the legal marijuana trade are unrealistic — and they could backfire as the industry takes off in other communities.

The Detroit Legacy initiative approved by city council allows the city to issue only as many licenses to non-Detroiters as it issues to bona fide residents. For example, only five outside companies can be licensed to open dispensaries until five Detroit-owned businesses qualify.

License application fees are discounted 99% for Detroit Legacy residents who apply this year and 75% for those who wait until 2022. Those granted provisional licenses have up to a year to lease or purchase property for their businesses.

The discount means a Legacy Detroiter applying for a license this year will pay just $10 — $990 less than the $1,000 fee charged to non-resident applicants. Seventeen city-owned properties are also being offered to residents at a 75% discount..

I have zero experience in growing or selling marijuana. But If I were a Detroit resident with the cash to launch my own business, there’s no way I’d turn down this opportunity; the city is making it too enticing for people not to explore this explosive industry, whether they like weed or not.

Still, it’s nothing but wishful thinking to assume that set-asides will dramatically increase Black equity in the recreational marijuana sector.

A recent report by the Michigan Marijuana Regulatory Agency work group found only 3.8% of owners licensed to operate marijuana businesses in the state at the end of 2020 were Black, while 1.5% are Hispanic or Latino.

That’s not so surprising; it takes a lot of money to launch any business, and the marijuana industry comes with especially high start-up costs. How many Legacy Detroiters have access to the capital they’ll need to establish a real foothold there?

Marijuana experts also expect a legal challenge to Detroit’s plan to give residents pursuing licenses a head start, a development that could delay the industry’s launch. What if Detroit’s ambitious goals for increasing Black ownership effectively stymie the marijuana‘ industry’s growth in the city, constraining the economic benefits for Detroiters?

Detroit’s plan to incentivize marijuana entrepreneurship reminds me of past initiatives that were supposed to arrest blight but ended up allowing many decrepit homes to fester. The city hoped deferring taxes and penalties would spur investment in maintenance and home improvement. But many residents simply couldn’t raise the money for costly repairs, no matter how generous the city’s incentives.

It’s the same in the recreational marijuana marketplace. Start-up costs for both recreational and medicinal marijuana dispensary licenses range from $500,000 to $1.2 million, said Eric Foster, director of strategy with Southfield-based Banks & Company, a cannabis industry firm.

I’m not a weed smoker, and I’ve always been skeptical about making recreational marijuana a significant part of Michigan’s economic future. It’s hard to see many Detroiters claiming a major stake in the industry, even if non-minority investors partner with Detroit Legacy applicants, as they have in the auto industry.

But I know I’m fighting a losing battle, given that recreational marijuana is already legal in 11 states and in Washington, D.C. It’s been eight years since Washington and Colorado became the first states to legalize recreational use, six since the first retail stores opened there. Currently, the industry supports about 414,000 jobs.

But African-American entrepreneurs have been slow to make inroads in legalized pot. The exceptions tend to be multi-millionaire ex-athletes, such as former Piston John Salley and former Indiana Pacer Al Harrington.

A dispensary affiliated with Seattle NBA player Shawn Kemp touts itself as the city’s only Black-owned pot business, but Kemp owns only a 5% stake. He says he plans to be a majority owner in three shops in other states.

According to Washington’s Liquor and Cannabis Board, which regulates the state’s marijuana industry, there are 485 licensed retail stores in the state, but only about 3% identify as Black-owned. As recently as October, none of Seattle’s 47 stores described themselves as Black-owned.

Los Angeles’ social equity program has also shown disappointing results. When it was launched in 2018, it was praised as a model for redressing the disproportionate harm marijuana arrests have inflicted on the city’s Black communities. But so far, only 20 of the 100 L.A. businesses on track to be licensed under the program are Black-owned.

The high cost of falling behind

The bottom line: Detroit cannot afford to get this wrong.

The city cannot let political wrangling get in the way as it has elsewhere. Pontiac is still struggling to open the 20 medical marijuana shops its voters authorized in 2018.

At stake are hundreds of jobs in an industry where few positions require a college degree. And even folks who look down on weed know Detroiters need those jobs. Equally important is the the revenue generated from local sales of medical marijuana. The longer it takes to get licensed businesses up and running in the city, the more residents looking for a legal high will spend their money elsewhere.

And they don’t have to go far. Recreational pot is stores are proliferating across Detroit’s suburbs, and Hamtramck has licensed two dispensaries before creating its ordinance.

Trying to right the wrongs of thousands of people arrested for marijuana crimes in the past is admirable. So is increasing Black entrepreneurship. But my fear is that Detroit is being too aggressive in reserving licenses for residents who lack the capital to launch viable business.

Detroit’s past mistakes have cost residents jobs and other economic benefits well-intentioned programs were meant to expand. The city shouldn’t let another huge opportunity go up in smoke.

Darren A. Nichols is a contributing columnist at the Free Press. He can be reached at [email protected] or his Twitter handle @dnick12